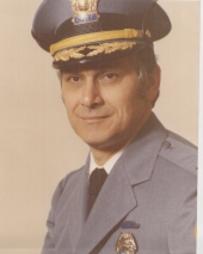 In 2019 the NJPTOA sadly lost its founding father with the passing of Executive Director, Chief Anthony J. Parenti, (Ret.).

After graduating from Plainfield High School, Tony joined the United States Air Force and served during the Korean Conflict, 1951 - 1955. Following the completion of his enlistment, and Honorable Discharge, Tony joined his brother George in the Plainfield Police Department. Tony moved to the Fanwood Police Department where he rose through the ranks to become the youngest Chief of Police in the State. While still a patrolman, he obtained his degree from Rutgers University during his tenure with the Fanwood Police.

He was a Distinguished Expert Marksman competing in pistol matches throughout the Mid-Atlantic, winning many with perfect scores of 300. Tony was a Past President of both the Union County Chiefs of Police and the New Jersey State Police Chiefs Association.

After serving 43 years with the police, he retired and was appointed as the Director of Union County's John H. Stamler Police Academy where he was responsible for the training of hundreds of law enforcement officers. Completing 10 years as Director, he ran for Fanwood Town Council and served two terms. The Courier News published Tony’s weekly “Drive Time” column for over a decade. During his lifetime, he received numerous accommodations for bravery and leadership in law enforcement. He also loved the horses and was a Past President of the New Jersey Standardbred Breeders Association.  He served on its board of directors for 21 years, 14 of them as President. He enjoyed Texas Wieners, The Honeymooners, and Columbo.

Tony will be remembered as a good father, a loyal friend, and an inspiration to all he met. The consummate breaker of chops, if he didn’t like you, you knew it, but he would be merciful. If he liked you, you knew it too, but there still was no mercy. 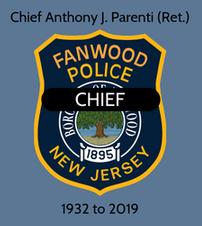